The Dangers of Overuse and Self-prescription of Antibiotics

 5/5
It has been well documented in the news in the past few months that around the world we are facing a serious problem of resistance to antibiotics by the human body. This could potentially have serious implications on the well-being of the entire human race in the next few decades, and so firm steps are being taken around the world to try and tackle this serious issue and limit the effects that have been building up for the past few decades.

To understand the problem in its entirety we need to take a step back and look at what antibiotics are.

Antibiotics are pharmaceutical drugs that are used in the treatment and prevention of bacterial infections. Their use has been widespread since the 1930s around the world in the treatment of infections. However, the use of antibiotic-like substances is a much older practice, dating back to the ancient Egyptians, Greeks and Mesopotamians who used selected mold and plant material extract to treat infections. These molds and plant extractions appear to have had anti-bacterial properties which helped fight infections (albeit not very effectively).
Research in the late 19th century by scientists such as Sir William Roberts, John Tyndall and Louis Pasteur, observed that certain types of mold culture (namely Penicillium Glaucum) did not display any types of bacterial contamination, and the mold appeared to help keep any substance bacteria free when placed adjacent to the mold.
It was in 1928 that the breakthrough came about with the discovery of Penicillin by Sir Alexander Fleming. Sir Fleming realized the potential for penicillin in fighting infections and after demonstrating its use, and the amazing results his Penicillin G was achieving he was granted a knighthood in 1944 for his scientific achievements. The Nobel prize for medicine followed in 1945.
Since then many different types of antibiotics have been manufactured and in use and they have helped, along with vaccinations, to eradicate many lethal diseases around the world.

But what are the types of antibiotics?

Bacteria are varying in shape, size, preferred habitat and mode of action. Some prefer conditions which have more oxygen to thrive, others prefer lack of oxygen. They also interact with the host body in different ways and it is therefore imperative that we try to treat each individual bacterial infection according to the type of bacteria that has caused the infection. Medical professionals generally classify antibiotics as either broad spectrum, which work against a variety of different microbes, or narrow spectrum, which are more specific to certain bacteria. The choice is taken depending upon whether the infection has a known specific microbial cause (in which case a more specific antibiotic can be used more effectively in dealing with this specific bacteria), or whether the infection is deemed to be caused by a wide spectrum of bacteria, in which case an antibiotic which can deal with a wider variety of different organisms is preferred.

How can you address the problem?

If you experience any of these signs and symptoms, it’s best to see your dentist. Your dentist will examine your teeth and look for evidence of grinding. He or she will look for broken, chipped or loose teeth and poor tooth alignment. Your dentist will also check the muscles in and around your jaw and your jaw joints.
Antibiotics can either be given in tablet or capsule form in the mouth, or by injection, and some have a topical mode of action, such as antibiotic creams and eye drops.
It is very important to realize at this point that antibiotics only work on bacterial (and sometimes parasitic) infections, and they do NOT have any effect on viral infections. Viruses are usually treated, depending on the type of virus and specificity, using a different type of medication known as antivirals.

What is antibiotic resistance?

Inappropriate use of antibiotics, and over prescription of these medications, as well as poor prescription control and poor infection control, has led to a decrease in their efficiency. It has also led to the emergency of a variety of antibiotic resistant bacteria, as these bacteria have evolved over the years to combat the effect of the antibiotic.
Antibiotic resistance has become a world-wide problem. The World Health Organization (WHO) reports that “new bacterial resistance mechanisms are emerging and spreading globally, threatening our ability to treat common infectious diseases. A growing list of infections – such as pneumonia, tuberculosis, blood poisoning, gonorrhoea, and food-borne diseases – are becoming harder, and sometimes impossible, to treat as antibiotics become less effective.”
An example of an antibiotic resistant bacteria is MRSA which, in the late part of the 20th century, caused severe problems around the world, and led to many casualties. MRSA is a strand of bacteria that’s genetically evolved to have a resistance to antibiotics. The problem of infection spread world-wide and the British National Audit Office estimated that the incidence of infections in Europe ranges from 4% to 10% of all hospital admissions. As of early 2005, the number of deaths in the United Kingdom attributed to MRSA has been estimated by various sources to lie in the area of 3,000 per year.
Staphylococcus bacteria (of which MRSA is a strand) account for almost half of all UK hospital infections.
The issue of MRSA infections in hospitals has recently been a major political issue in the UK, playing a significant role in the debates over health policy in the United Kingdom general election held in 2005.

How to combat antibiotic resistance?

Given the ease and frequency with which people now travel, antibiotic resistance is a global problem, and we need to take very serious measures both as individuals and as global healthcare providers to try and reverse this trend in resistance.
Although there are some new antibiotics in development, none of them are expected to be powerful enough against the most dangerous forms of antibiotic resistant bacteria. It is for this reason that tackling antibiotic resistance has become a priority for the World Health Organization.
A global action plan on antimicrobial resistance, including antibiotic resistance, was endorsed at the World Health Assembly in May 2015. This plan has 5 strategic objectives which collectively aim to reduce the incidence of infection and optimize the efficacy of antibiotics in use. The plan also aims to research and develop newer antibiotics which are less prone to resistance. This plan has been endorsed by Heads of State at the UN general Assembly in 2016.
We need to look at the plan from two perspectives:
So, in conclusion, it is extremely important not to self-prescribe antibiotics or any other medication as this may cause more harm than good. Visiting your healthcare professional to acquire an accurate diagnosis and in turn prescribing the effective medication is paramount to your well-being and helps making the treatment more effective. It is also vital to follow the Doctor’s advice on how long to take the medication for, and not to skip doses. If in doubt always consult with your Doctor before taking any medication you are unsure of. Ramadan and Oral Health: What You Need to Know

How Do You Keep Your Mouth Fresh During Ramadan? 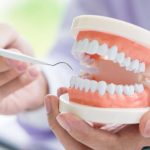 Why Are Some of Us Born Without Wisdom Teeth?

We are Open on All Days