A 47-year-old Michigan mom’s addiction to drinking super-thick tea has lost all her teeth and is now fighting skeletal fluorosis, a rare bone disease caused by consuming too much of the mineral fluoride.

In an article by the New England Journal of Medicine, the woman consumed at least a pitcher of tea, made from 100 to 150 tea bags tea bags, daily for the last 17 years.

After seeing the woman for severe pain in her back, arms, legs and hips, Dr. Sudhaker Rao discovered that consuming “astronomical amounts” of highly concentrated tea for nearly 20 years had caused her fluoride levels to spike to more than four times the normal amount.

“Her bone density was very high, seven times denser than normal,” says Rao, “it was like steel.”

It’s important to remember, that in all things moderation is the key.

Dr. Rao said excess fluoride is usually excreted by the kidneys, but if consumed in such great amounts, it forms deposits on the bones. As a result, her bones had become so brittle that her teeth had to be extracted.

The woman is now undergoing counseling, is no longer drinking tea and has shown improvement in her health.

In our previous blog, Superfoods For A Healthier Smile, you’ll find a list of food that is great for your teeth, including green tea. It’s important to remember, that in all things moderation is the key.

What about you? How often do you drink tea? 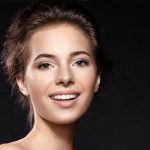 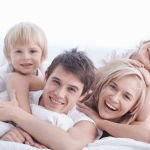 6 Ways to Achieve a Healthy Smile This New Year 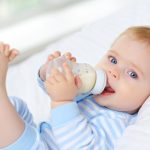 We are Open on All Days